Gary Taxali is an award-winning artist who was born in India and grew up in Canada. He is known for his retro cartoon-style illustrations that incorporate mixed media and typography. Taxali’s art often finds itself at the intersection of highbrow and lowbrow art scenes. His first designer vinyl toy, The Toy Monkey, included a silkscreen print commissioned by The Whitney Museum in New York City, and he’s released both a children’s picture book and an art monograph. Taxali’s cover art and inside illustrations for Aimee Mann’s album, @#%&*! Smilers, received a Grammy Award Nomination for Best Package Design.

In 2012, The Royal Canadian Mint released a special edition of six coins for which he’d designed the art and typography. Taxali regularly exhibits his art in galleries and museums throughout North America and Europe. He also devotes time to teaching and lecturing at various arts organizations and schools and jurying student and professional competitions. Gary Taxali lives and works in Toronto.

Find out more at www.garytaxali.com 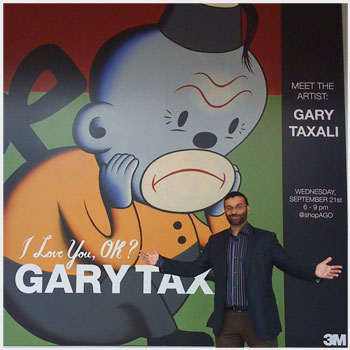 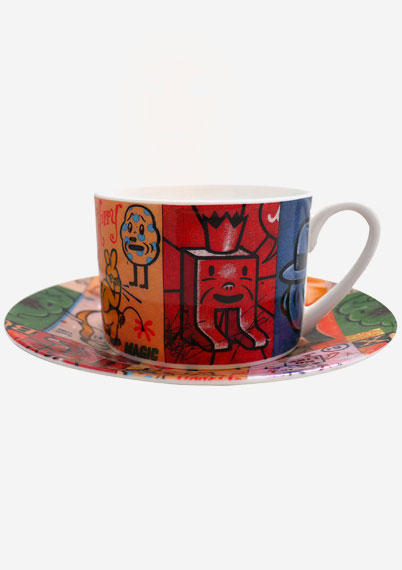 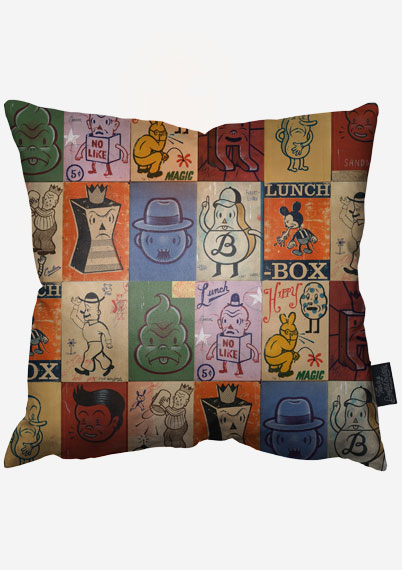